Transcript from the video: 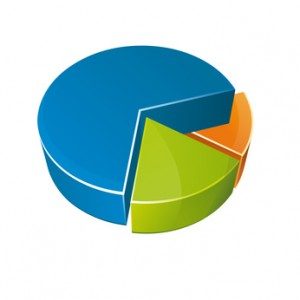 “In this series we're going to start looking at three minute math and this video is all about ‘how to add fractions'.

The first thing to know about adding fractions is that you need to make sure that the denominator, which is the number on the bottom, is the same for all the fractions in the sum.  This makes it fairly straight forward. If you have something like:

The next thing you need to remember is that, when you're dealing with fractions, you need to make them as small as possible.  In this example we can divide the top number by four and the bottom number by four:

.. and the answer to this question.

Now let's say that the question that you're presented with also has whole numbers in it.  It might be something like:

all we need to do is add the two whole numbers together and we get seven.  Next, we add

. We then reduce this so that it becomes

When the denominators (which is the numbers on the bottom) are the same the sum is fairly straight forward. This time, we'll consider:

We need to make the denominators the same.

Firstly, three times four is twelve, so therefore I multiply the top by four – four times two is eight.  Next, four times three is twelve so I multiply one by three which gives me three.

The way to handle this is to add the two integers together (the whole numbers) which gives 9, then add the two fractions together and you get

That's pretty much all there is to adding fractions!  The only other thing that you need to remember is occasionally you might use this method and you'll end up with an answer something like:

In a typical exam paper you're more likely to get a fraction question with whole numbers and mixed denominators so you always need to make sure that the denominators are the same – in this particular case, we had twelfths.

I hope that's been helpful and I look forward to seeing you inside the next three minutes.”

How to subtract fractions

How to multiply fractions