What are the chances of reading a post on percentages?

Where do you find percentages?

The word  ‘percent' is derived from the Latin per centum meaning ‘by the hundred'.  Although the percent sign evolved by a gradual change from the italian ‘per cento,'  which means ‘for a hundred.'  The ‘per' was often just noted as a ‘p' and eventually disappeared entirely. The ‘cento' developed to two circles separated by a horizontal line. This eventually became the % we now use. 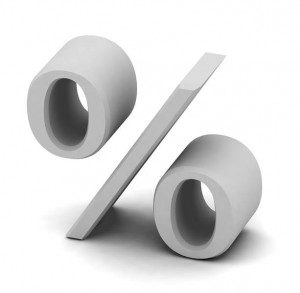 Percentages are used in many applications:

“Hi and welcome to Three Minute Math – this video is all about percentages.

Let's have a look at a percentage question:

The main thing to understand about percentages is that they are actually fractions.  So we can rewrite this question as:

– because ‘percent' actually means one hundred)

‘of' always means multiply and ‘twelve' is twelve whole units

…but to make things a little easier for me I'm going to rewrite this as:

So now I have

I've left this fraction as it is because I can divide by one hundred by moving the decimal point.

So if  I move the decimal point two places (because there are two zeros) we have:

1.92 as a decimal …which is the answer to this question.

This time, I'm going to handle the same question but as a fraction.

I've written this slightly differently because it allows me to reduce and make these numbers a little easier to deal with.

This leaves me in a position where, although my numbers aren't great, they're okay because I can:

The result is a top-heavy fraction:

converted to a mixed number is…1

(If you need to know how to perform the conversion to mixed numbers, check out some of the other videos in the playlist).

I'm now in a position where the direct equivalent to the decimal 1.92 is 1

. I can prove this by making the

into a decimal, by multiplying it by four.

The result of this is:

I hope that's been okay and I look forward to seeing you inside the next three minutes.”